Biodiversity and Evolution of Hydrozoans

Hydrozoans are aquatic animals widespread all over the world and count about 3800 species. Their
anatomy is relatively simple and they have (with many exceptions) three life stages: a sessile
polyps, a planktonic medusa and a larva. Many hydrozoan groups are understudied and poorly
known, especially concerning their real diversity, distribution and ecology. 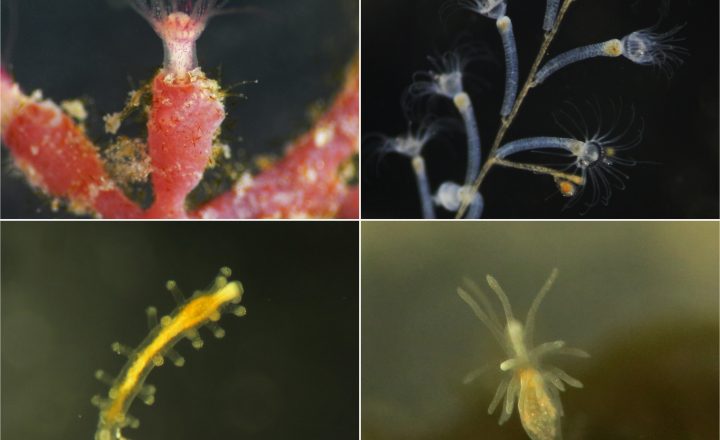 We have been working
on some groups of these animals, mainly studying their morphological and molecular diversity.
Most of the species we are focusing on live in symbiosis with other organisms, and in particular
hard and soft corals, bryozoans, and sponges. Using different types of microscopy, ecological
surveys and molecular techniques, we are investigating the biodiversity of selected families,
especially in the tropical waters of the Maldives, but also in other localities such as the Red Sea,
Caribbean Sea and Mediterranean sea. So far, several new species have been found and we are
studying their relationship with their hosts, trying to understand how they interact with them and
how they have reached their current diversity. Moreover, we are also studying the biogeographical
patterns of some species, in order to understand how they are distributed and the possible causes
and processes that shaped their distribution. Finally, collecting data for several species using
different approaches will allow us to study the evolution of certain important features and to better
understand the mode and tempo of their diversification.